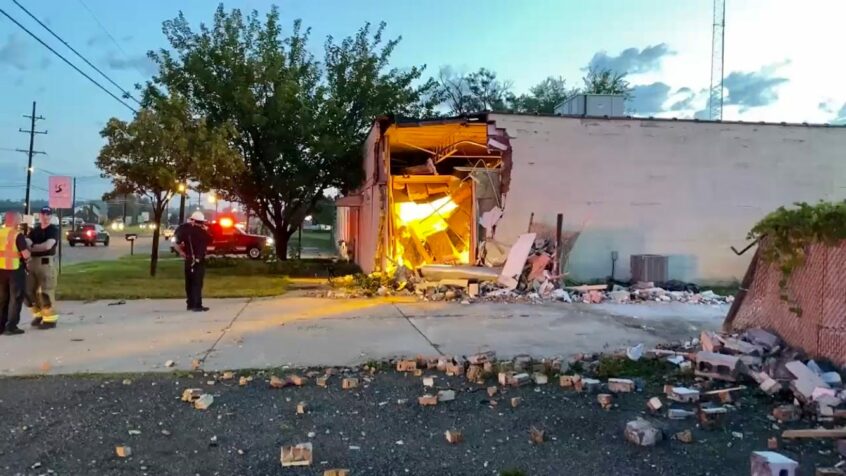 There is footage of a garbage truck crashing into a building circulating on Instagram and other social media for a while. This bizarre crash revealed an illegal marijuana operation that has been going on for a while. Let’s review this event and what it means for the marijuana industry and law-enforcing authorities.

On Wednesday morning, September 9, a garbage truck traveled southbound on Mound Road, approaching 15 Mile Road. The at-fault vehicle had a red light and turned onto southbound Mound Road just north of 15 Mile Road, which made the truck crash into a building.

The police came to the spot, and they said that the truck driver tried to avoid the at-fault vehicle, and it tried to swerve, but it still ended up hitting it, and then it continued through the median on Mound Road. The garbage truck went through the northbound lanes of Mound Road, where the driver avoided oncoming traffic and struck the building.

Mike Palmieri, who owns the business next door to this illegal marijuana business, said that he always suspected something wrong was going on there. “We knew something was up next door, but we were neighbors that kept to ourselves. But when the whoppers were not cooking, you could smell them,” he said.

Mike further added that the smell coming from the building was pungent. “Any time after 10:30 am, it was gone. But if you were here in the evening time or morning time, it smelled like fresh skunk all morning long.”. He owns a concrete business named Palmieri Concrete.

The neighbors are also concerned for the safety of their lives and businesses. The neighbor Mile says, “If people want it and if they know it’s there. They are going to get it one way or another. Especially with the hard times we are having nowadays.”

The investigators on the scene told 7 action news about the initial investigation. There were about 60 marijuana plants inside. This is one of many illegal grow operations that the city has busted.

The authorities say that the building has been rented to two people. 7 action news tried to contact the owner but couldn’t.

Police say this illegal marijuana grow operation goes against state and local codes, causing real hazards for the building and businesses around it.

Sterling Heights police have opened a case, and they are investigating it actively. Police are determined to take apart this illegal marijuana business completely.

What does it mean?

Some analysts say that these are some of the downsides of having an open regulation system in Michigan, a pro-legalization state.