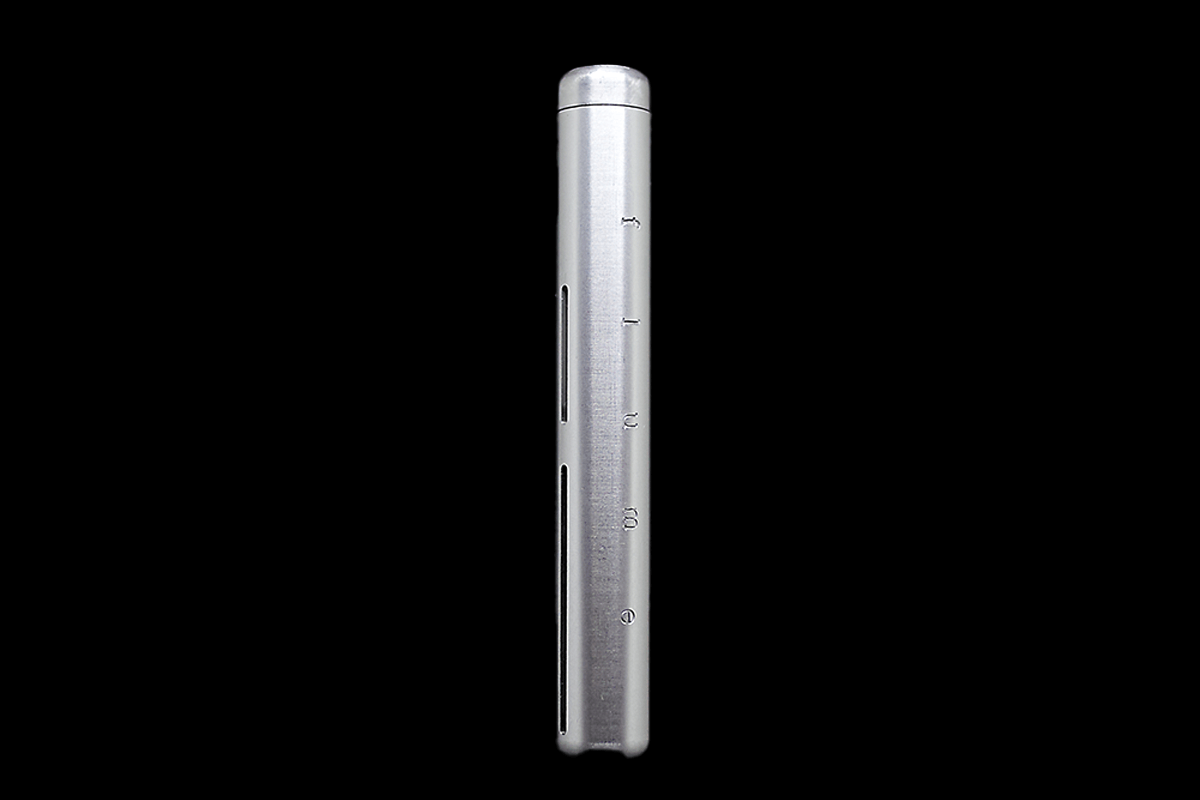 *note: This is not a paid advertisement but a partnership. I’m helping a small business that’s shiny,  new, and with great potential, because it is a pretty cool fucking toy.

Not all toys are created equal, and with its aeronautic engineering, the Flume is the Tesla of pipes. Flume’s simplistic design captures an ancient science that feels like smoking in 2050.

Made from anodized aluminum, the Flume doesn’t get too hot to handle. The science of how it functions is related to water, but it’s smoke that’s in for the ride. “My product is essentially a flume. It directs the tree through a channel to you. It’s also the name of a water park ride called a log flume, and the flume works natively on water pieces. So in some ways, my flume is an amusement ride.”

The operation is as follows “It’s actually pretty simple from an aerodynamics standpoint. When the pipe is in the inhale position, everything is lined up inside (the channel in the cap, the holes you apply flame to) to create a smoke path that will light and burn continuously.” The unit I have can pack just under half a gram, perfect for a one-way hour and a half bus commute. It’s like an extra-large prepackaged sneak a toke.

The Flume is more than a toy; it’s also a community on Reddit monitored by the Flume creator, u//balletorre. Think of the Flume as an Apple Product with future upgrades and modifications based upon the community input.

To be fair with this review, I have to give you the negatives of this product. Things like as a high-use consumer, the chamber gets covered in resin in about a day, I’m not sure how one could work around my consumption, and the other is I wish I could pack more, but for a new product, these are really petty issues. The Flume was intended to be a multi-tool used with your bong or as a pipe; it’s now my traveling go-to.

Check out some behind the scene manufacturing and bong use demonstrations:

Finishing touches really should be done by hand 🙂 Each Flume will be hand stamped, by me, with their corresponding number. Wanted to come up with a way to reward the Redditor’s who were early with a unique swagger. Can’t wait for 12:00AM Christmas day Mountain Time! from flumefree

Each batch is a different generation; check them out while you can.