Recently, in an emailed statement, House Majority Leader Steny Hoyer promised that the House would vote on the MORE Act in December, after postponing the MORE Act vote that was supposed to take place on September 21 indefinitely.

At the time, it was reported that moderate Democrats expressed concern about voting on the MORE Act before voting on a second Coronavirus relief package, and House Judiciary Committee Chairman Jerry Nadler (D-N.Y.), the bill’s sponsor, suggested the vote could be delayed until after the presidential elections.

On Monday, November 9, House Majority Leader Steny Hoyer wrote in a letter to colleagues promising that the House would vote on the MORE Act in December. Hoyer’s letter did not specify which week the vote will take place, but the House is scheduled to be in session Dec. 1-4 and Dec. 7-10.

In this article, we’ve rounded up the most important aspects of the MORE Act, considering the landmark vote that’s going to happen next month:

The Marijuana Opportunity Reinvestment and Expungement Act of 2019 is a proposed piece of U.S. federal legislation that seeks to de-schedule cannabis from the Controlled Substances Act, as well as the enactment of various criminal and social justice reforms related to cannabis, including the expungement of prior convictions.

This Act was first introduced in Senate on July 23, 2019, and a vote it’s expected to take place in December:

“In December, […] the House will vote on the MORE Act to decriminalize cannabis and expunge convictions for non-violent cannabis offenses that have prevented many Americans from getting jobs, applying for credit and loans and accessing opportunities that make it possible to get ahead in our economy,” – Steny Hoyer, Nov 9:

The main purpose of the MORE Act is to federally decriminalize cannabis. In addition to this, the MORE Act would require federal courts to expunge prior cannabis-related convictions and it would impose a 5% excise tax on the legal cannabis industry to fund these expungement efforts, as well as three grant programs. As outlined in the bill, these grant programs include:

The legislation would also establish Small Business Administration funding for cannabis-related businesses and their service providers and would require the Bureau of Labor Statistics to collect data on the demographics of the industry to ensure people of color and economically disadvantaged individuals can participate. 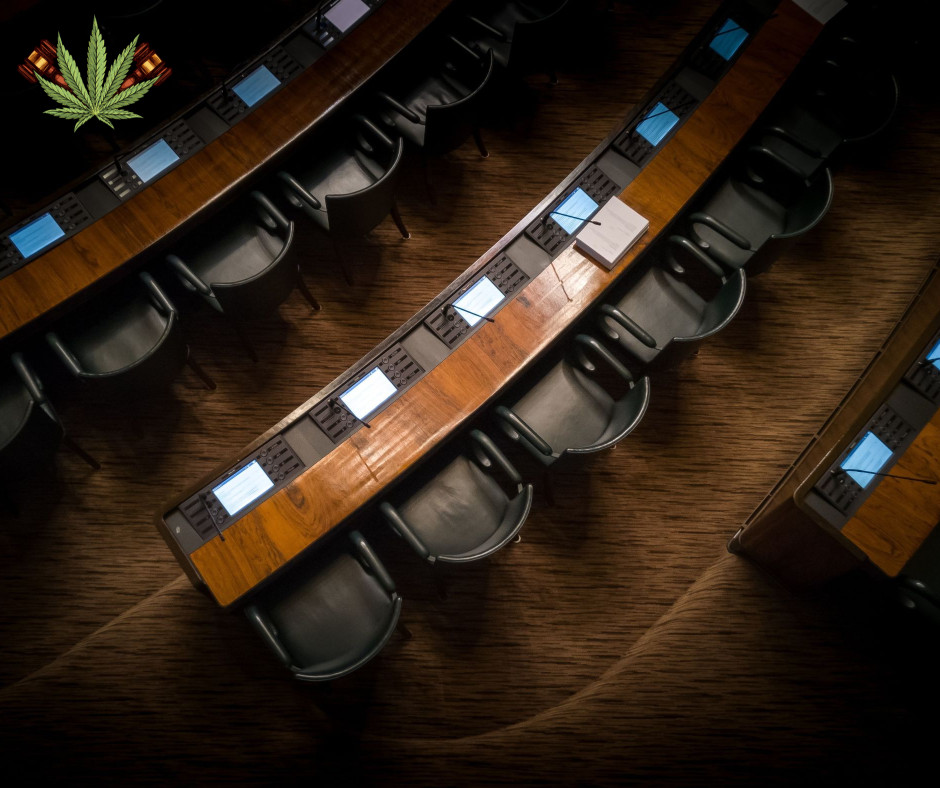 What a Federal Decriminalization of Cannabis Would Mean

Since 1970, with the classification of Marijuana as a Schedule I drug under the Controlled Substances Act (along with other drugs such as cocaine, heroin, and methamphetamine), the incarceration rates have increased in the U.S., particularly among the Black and Latino communities.

The Marijuana Policy Project provides some insight into the way cannabis status as a Schedule I drug has directly contributed to the U.S. incarceration rates:

“FBI statistics show that 90% of the more than 600,000 cannabis arrests each year are for possession, and cannabis comprises nearly half of all drug possession arrests in the country. Behind these numbers are decades of oppressive policing, with African American and Latinx youth systematically targeted for harassment and intimidation.” – Marijuana Policy Project

For states with decreasing budgets and revenue, especially as the COVID-19 pandemic continues to batter the economy, decriminalization and legalization carry massive economic potential. Even though it’s still too early to determine how fully legalized weed has faired financially in various states, some lessons from recreationally-legal states like Washington and Colorado could prove to be instructive as the issue gains national popularity.

According to the non-profit Tax Foundation, both states are early case studies that should raise the eyebrows of any governor hungry for economic stimulus:

The cannabis industry is also great at creating jobs. In 2018, the industry saw record job growth, with industry organization Leafly reporting employment figures in the range of 211,000, and nationwide sales near $11 billion as of 2018.

Differences between Decriminalization and Legalization

Decriminalization essentially means that a given activity no longer qualifies as criminal conduct and can only be treated as a civil infraction, but that activity is unregulated. Legalization ultimately means the ability to lawfully regulate a given activity, as well as the fact that that activity is no longer considered criminal conduct. A great article highlighting the differences between decriminalization and legalization is the one published by The Economist, entitled “A half-smoked joint: Decriminalizing drugs leaves the crooks with the cash. Legalize drugs instead.”

“Decriminalization is only half the answer. As long as supplying drugs remains illegal, the business will remain a criminal monopoly. Jamaica’s gangsters will continue to enjoy total control over the ganja market. They will go on corrupting police, murdering their rivals, and pushing their products to children. People who buy cocaine in Portugal face no criminal consequences, but their euros still end up paying the wages of the thugs who saw off heads in Latin America. For the producer countries, going easy on drug-users while insisting that the product remains illegal is the worst of all worlds.

That is why decriminalization makes sense only as a step towards legalization. Jamaica and other countries frustrated with the current regime should adopt the policy pioneered by brave Uruguay, Colorado, and Washington state, the only places in the world to put criminals out of business. By legalizing cannabis from cultivation to retail, these places have snatched the industry away from crooks and given it to law-abiding entrepreneurs. Unlike the mafia, they pay taxes and obey rules on where, when, and to whom they can sell their products. Money saved on policing weed can be spent on chasing real criminals, or on treatment for addicts.”

In this sense, it’s possible that decriminalization without seeking the legalization of cannabis could lead to furthering the proliferation of gangs and drug cartels, which would be a counterproductive result. 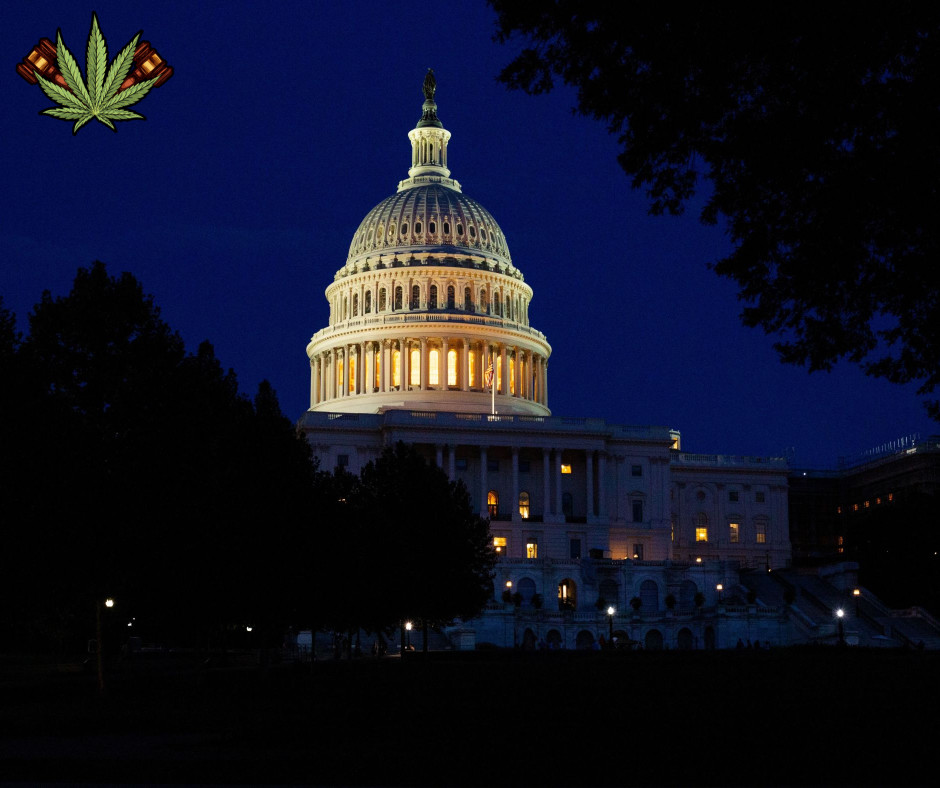 Will the MORE Act Pass?

The answer to this question is unclear. In a time of massive polarization within congress and the U.S. in general, is likely for the MORE Act to gain at least some support from Republicans, but meeting the threshold required to pass in the Republican-controlled Senate might be difficult. However, it’s important to remember that when the bill was initially brought to the House floor in September—after being delayed in the Senate due to deliberations over a pandemic stimulus package—it carried support from Republican reps Matt Gaetz and Tom McClintock.

In short, it seems as though we’re a long way from full legalization, but the passage of the MORE Act would be a significant step towards it.

It will be interesting to see how the vote goes in December. 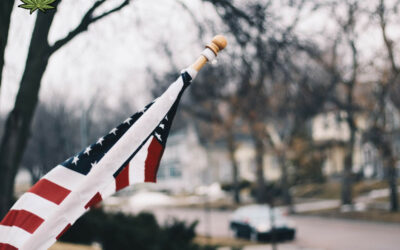 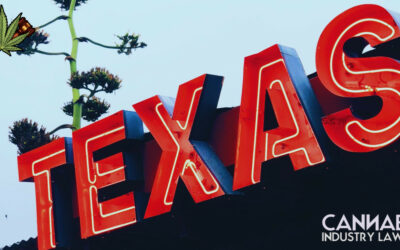 facebooktwitteryoutubeTexas Lawmakers Push To Legalize Marijuana In The State. Bills were filed for the next Texas Legislative session to legalize the use of marijuana in the Lone Star State. With the state’s budget taking a big hit from the pandemic, Democratic... 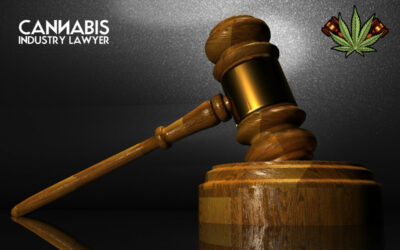 facebooktwitteryoutube​Litigation surrounding Illinois first cohort of 75 cannabis dispensary licenses should be a warning for any state that has cannabis legalization plans, or election results to deal with. Illinois Dispensary License Applications are months behind...

Stay Up to Date With The Latest News & Updates

Want to Get into Cannabis?

visit Cannabis Industry Lawyer for all your operational questions.

We report on the changing laws of your favorite plant – sign up.

We are all over social media.